A bit of history

Guest House Hendek is located in the famous Sarajevo neighborhood named Vratnik. Vratnik is placed on the right side of Miljacka river, surrounded by city walls. The name “Vratnik” is of Slavic origin derived from the word “Bratnik” (something like brotherhood), which appears in Turkish documents in the second half of the 15th century. The so-called “Carska džada” (Imperial road) – from Sarajevo, via Višegrad to Istanbul – run through this area for centuries. Vratnik is also called the Emperor’s Garden and Sahin Džirani (Neighborhood of the Falcon). There is also a story that the name Vratnik comes from the similarity to the Bosnian word “vrata” (door) and represents the door/gate of Sarajevo.

Our Guest House Hendek got its name after the street where its located, originating from the same Turkish word and meaning “ditch”, because from the very top, the street really looks like that.

Due to its long history, this neighborhood represents the old spirit of Sarajevo. Walking through Vratnik, you will see old Bosnian houses and gardens, you will pass through the Towers (Kule) experience a journey through time, returning centuries back through history, where only one step separates you from the Oriental Ottoman Empire to the grandiose Austro-Hungarian monarchy, former Yugoslavia, and today’s modern world. This is what you will remember about Sarajevo and its famous “soul” that all its visitors are talking about. 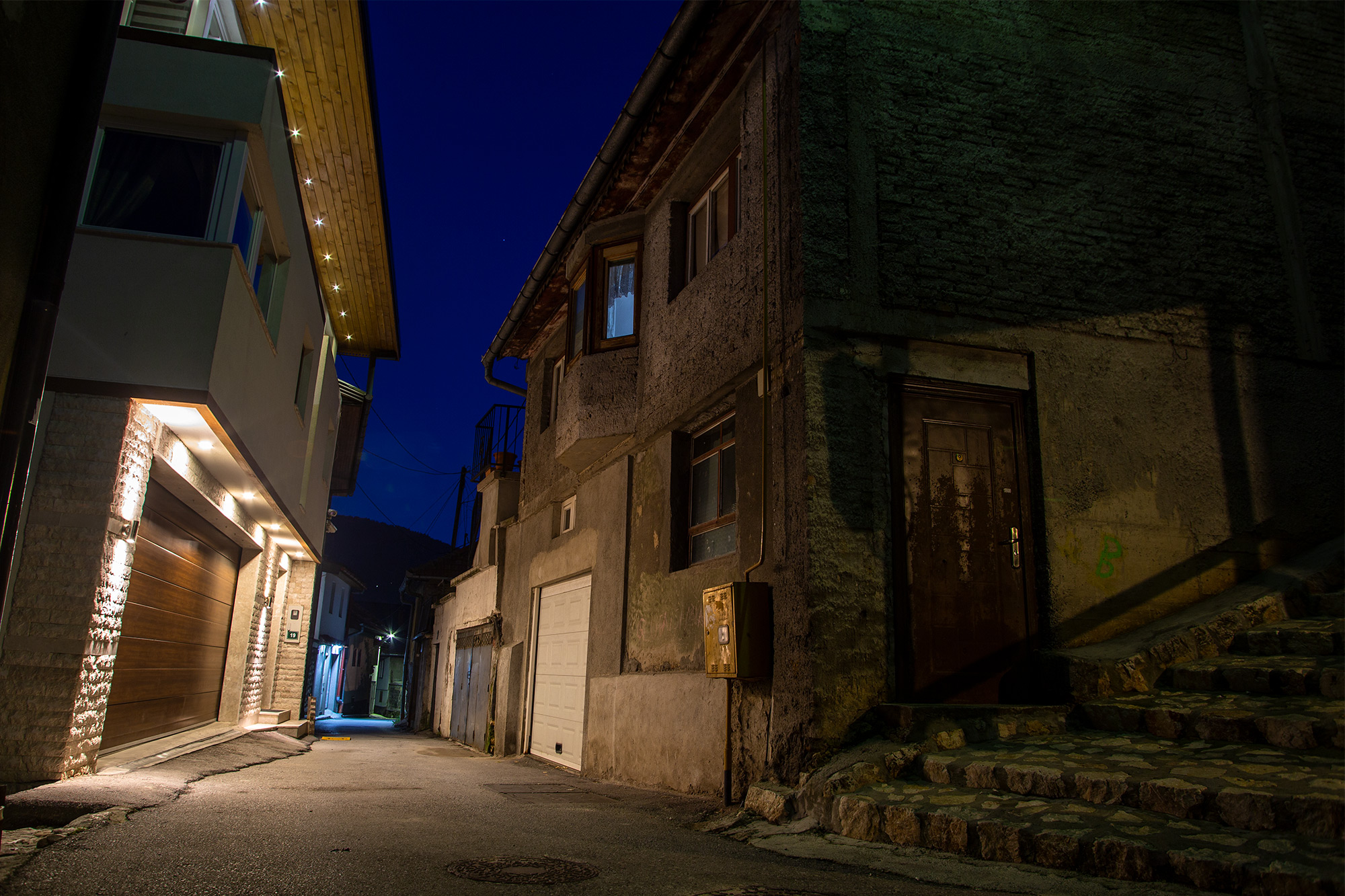 Guest House Hendek offers you a modern, new interior and exterior embellished with elements of an old-fashioned Bosnian house. In just a few minutes you can reach the heart of Basčaršija, where you can start exploring the city. Traditionally, at Baščaršija you will try the legendary Sarajevo ćevapi and pies, drink Bosnian coffee and eat traditional desserts such as baklava or hurmašica. You will visit Sebilj, then the restored city hall (Vijećnica) that burned during the last war; mosques, synagogues, old Orthodox churches, and much more. 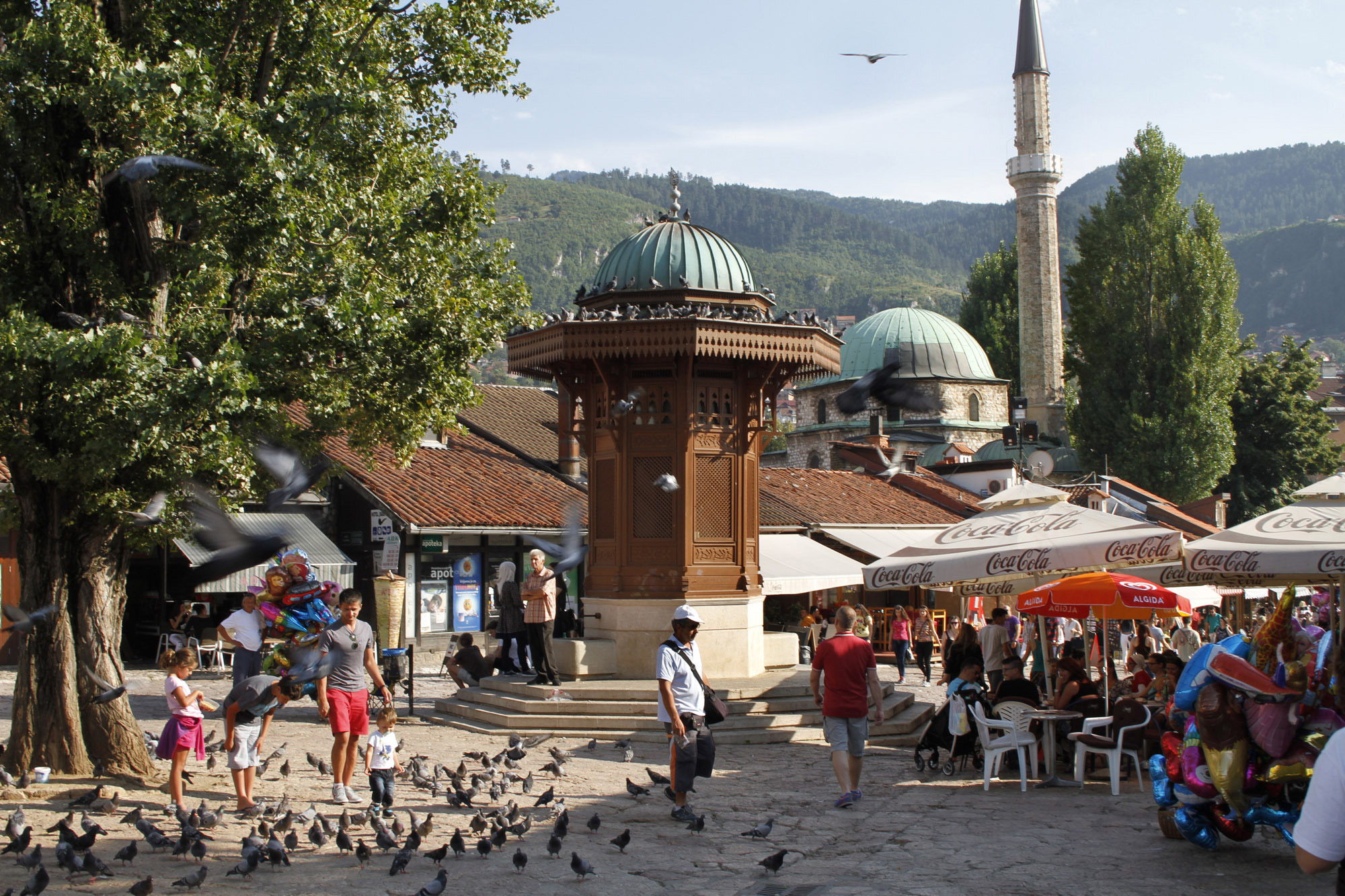 Only five minutes from Baščaršija you’ll come across the Austro-Hungarian part of the city and the famous Cathedral of Sarajevo. As you pass through the main promenade, you’ll admire the buildings that are typically bulky and decorated with  statues and other elements of this time. You will be surprised not only by the architecture, but also by the number of people – both locals and tourists. 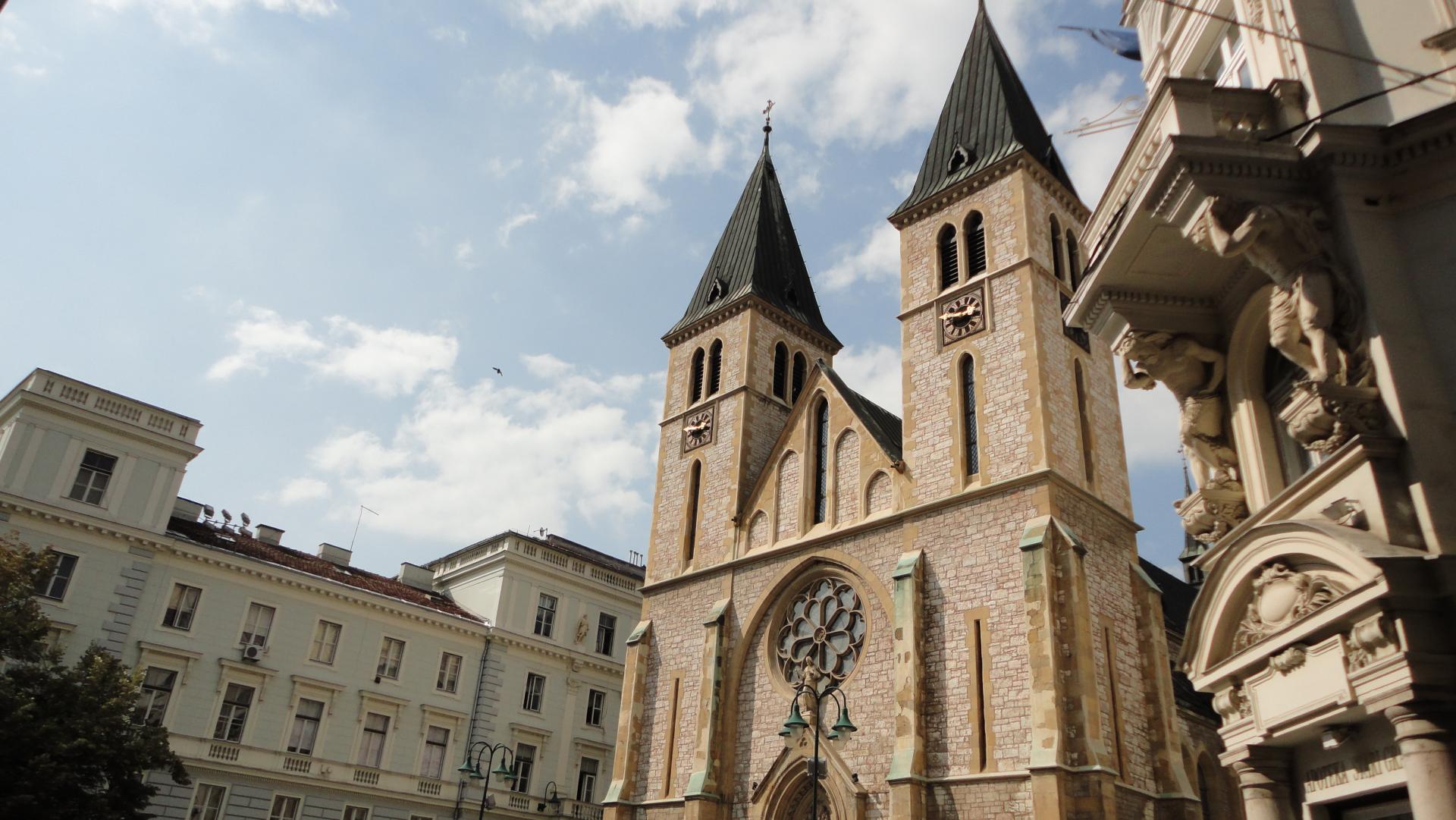 After again only five to ten minutes by foot, you come to the Great Park, another symbol of the capital. Not far away, at the Marijin Dvor neighborhood, is the next imaginary border, and you continue walking towards the Yugoslav and modern part of the city. 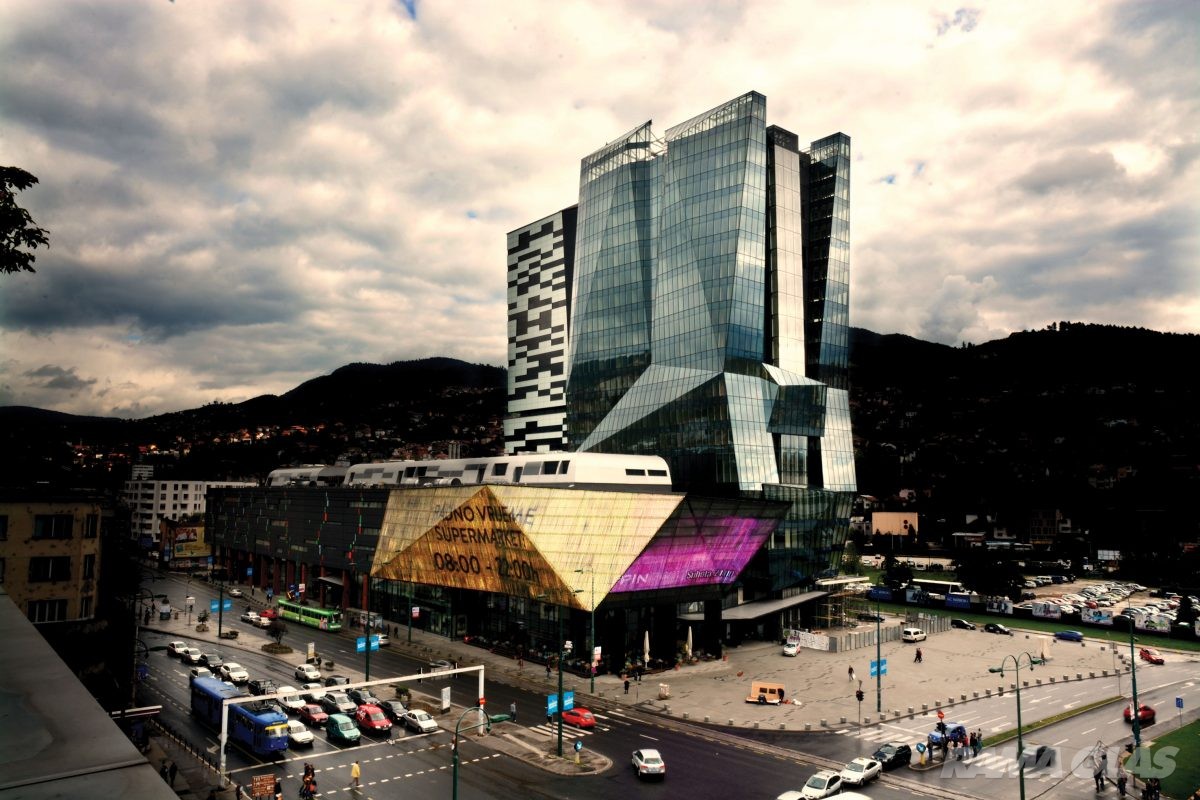 Guest House Hendek is also located near the Yellow Fortress – an unavoidable location when it comes to visiting Sarajevo. A little further, there is also a White Fortress that you can also visit.

When you stay at Guest House Hendek, you are only 200 meters away from the first taxi stand. The cost of transportation by cab from your accommodation to Baščaršija (and vice versa) is only 2 €.

If you want to experience city transport, you can reach the accommodation by bus that stops just 150 m from our Guest House; and the first tram station is about 950 m away.

If you are traveling by car, we have provided a free parking space for you within our Guest House. 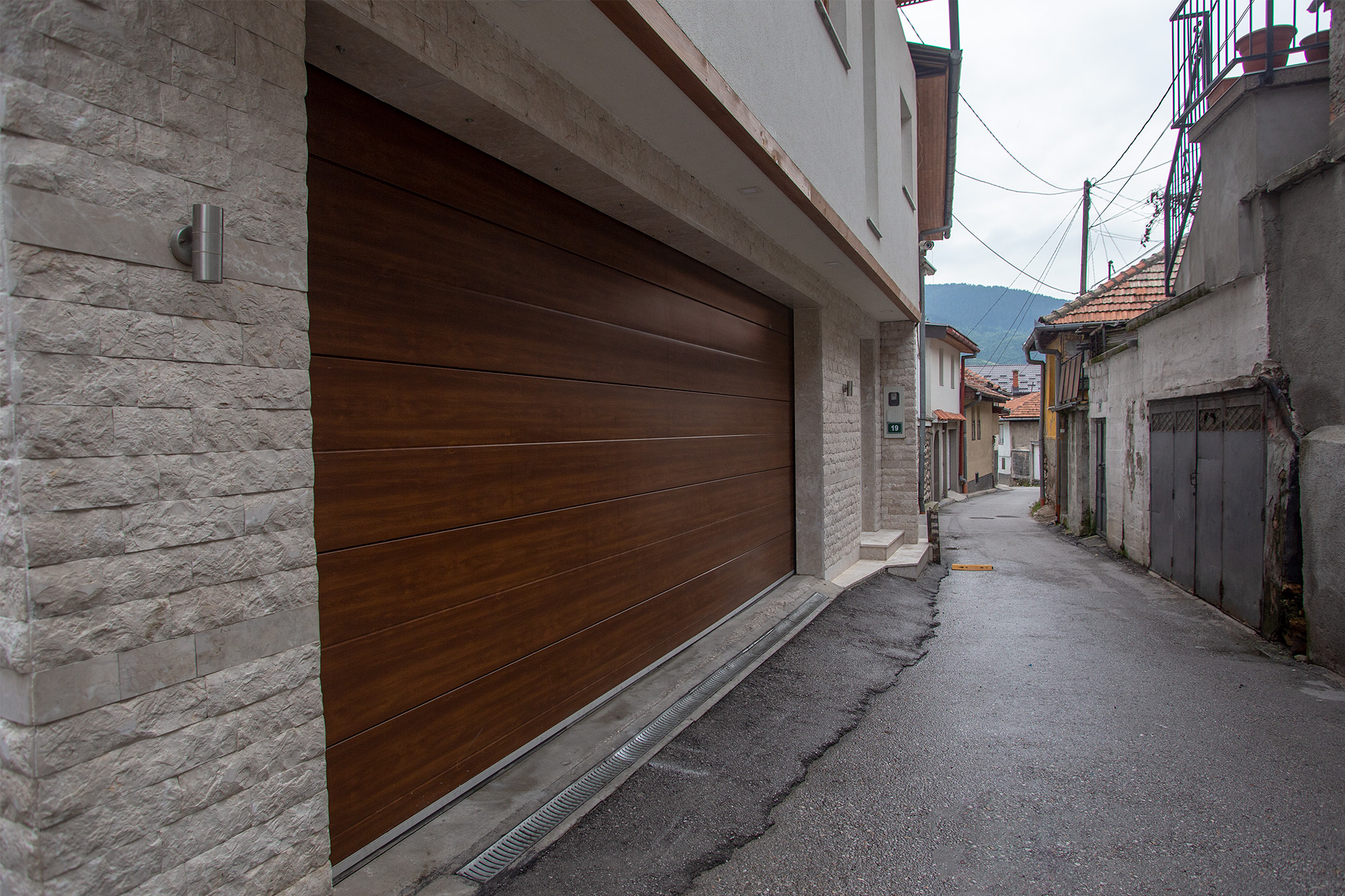 Built like an old-fashioned Bosnian house in a modern style, Hendek has six apartments spread over 550 square meters. Each apartment has a separate room with a double bed, a living room, a private bathroom and kitchen. Four people can stay in each apartment, making them ideal for family and group trips. In total, Guest House Hendek can accommodate 24 people, so we offer you the possibility of renting the entire facility for smaller groups. A total of four parking slots are provided – for free – for guests visiting Hendek with their own or rented vehicle. We also care for your safety, so the whole building is under video surveillance. 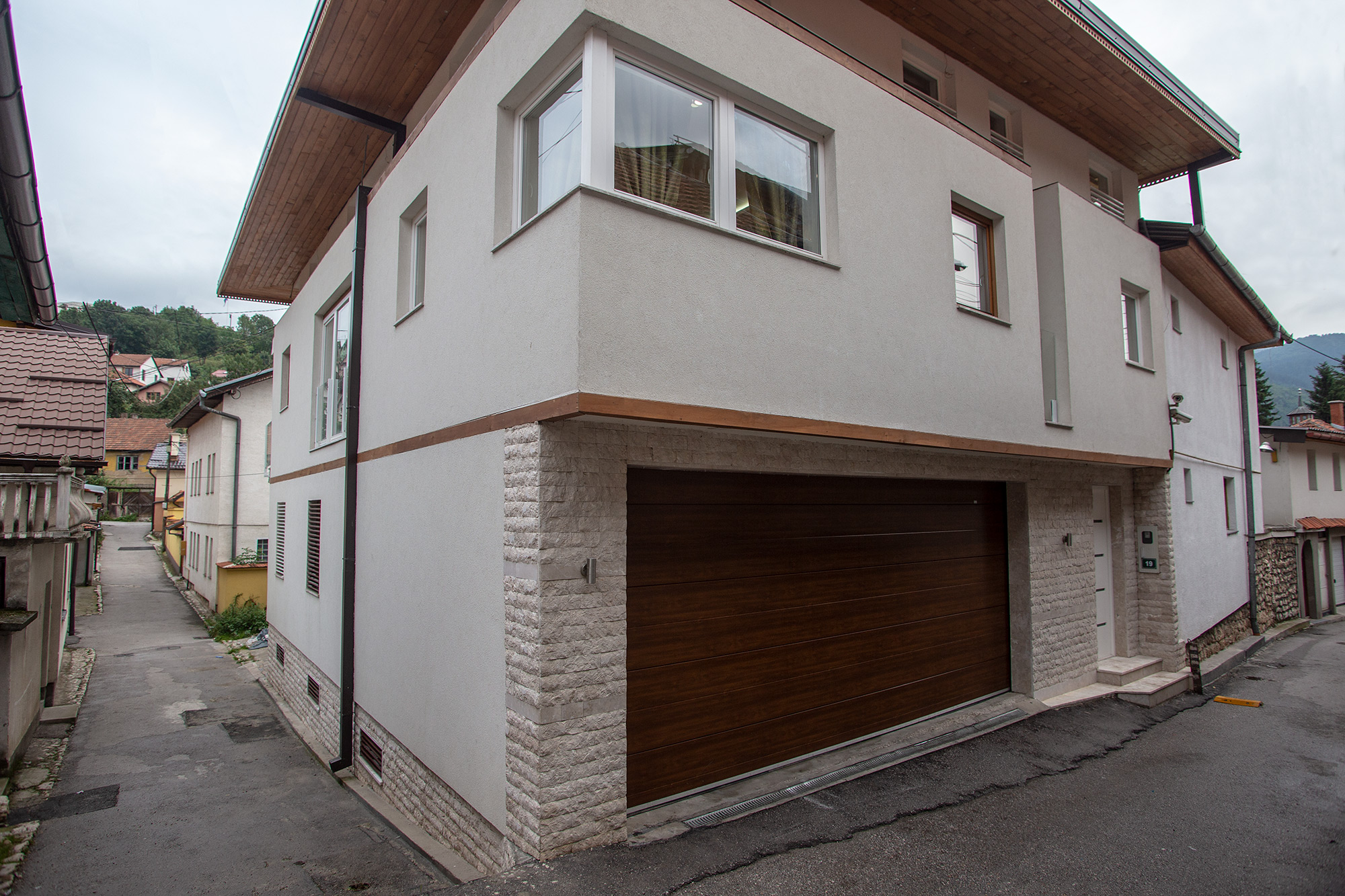 We also have a gym (on 140 square meters) full of new and modern gym equipment! 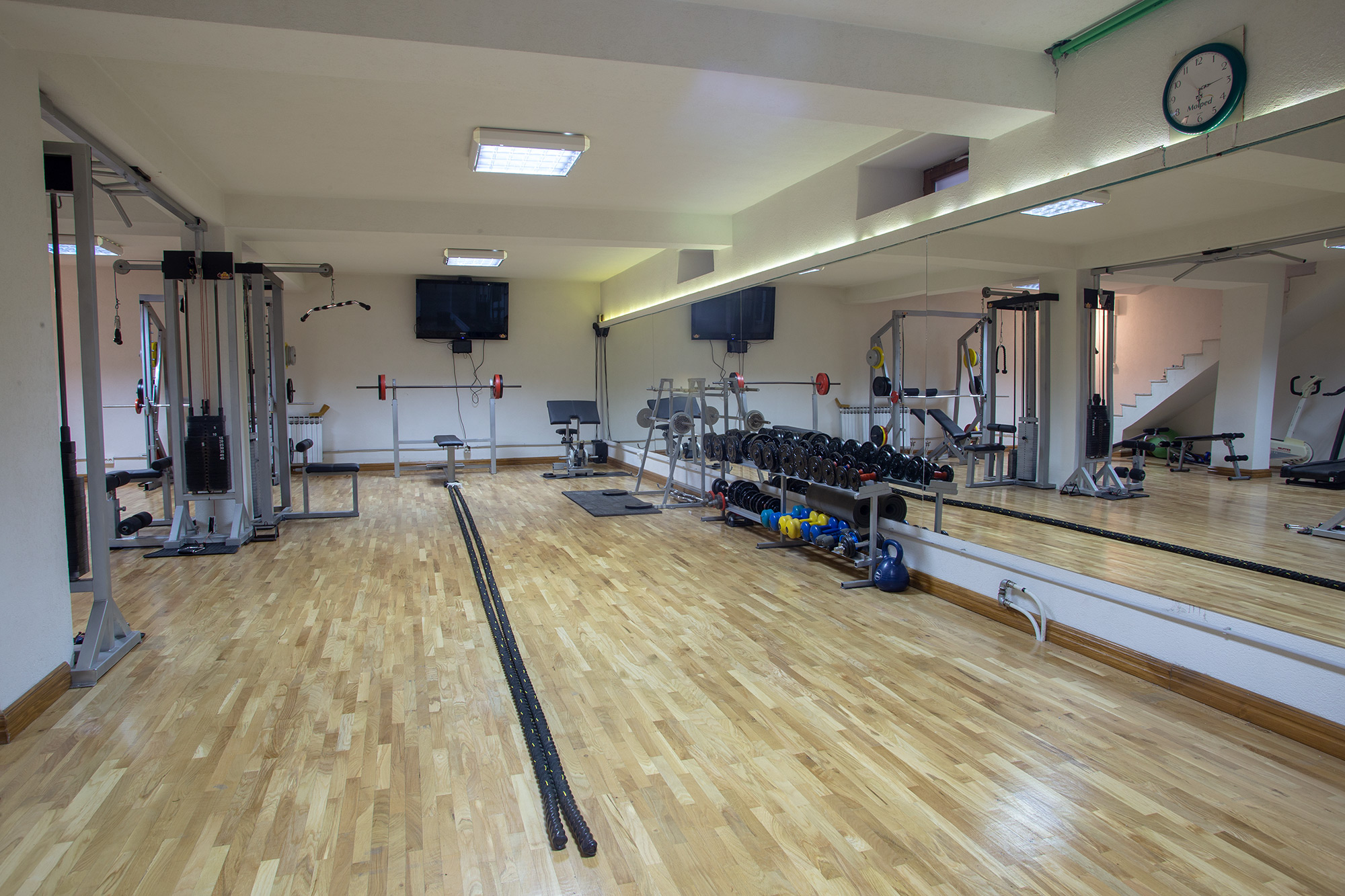 Balconies offer you an amazing view of our beautiful garden, the surrounding neighborhoods, and Trebević Mountain, which you can reach by the newly built Sarajevo cable car. Also, you can see the seven Sarajevo forests that have their own sad war story. 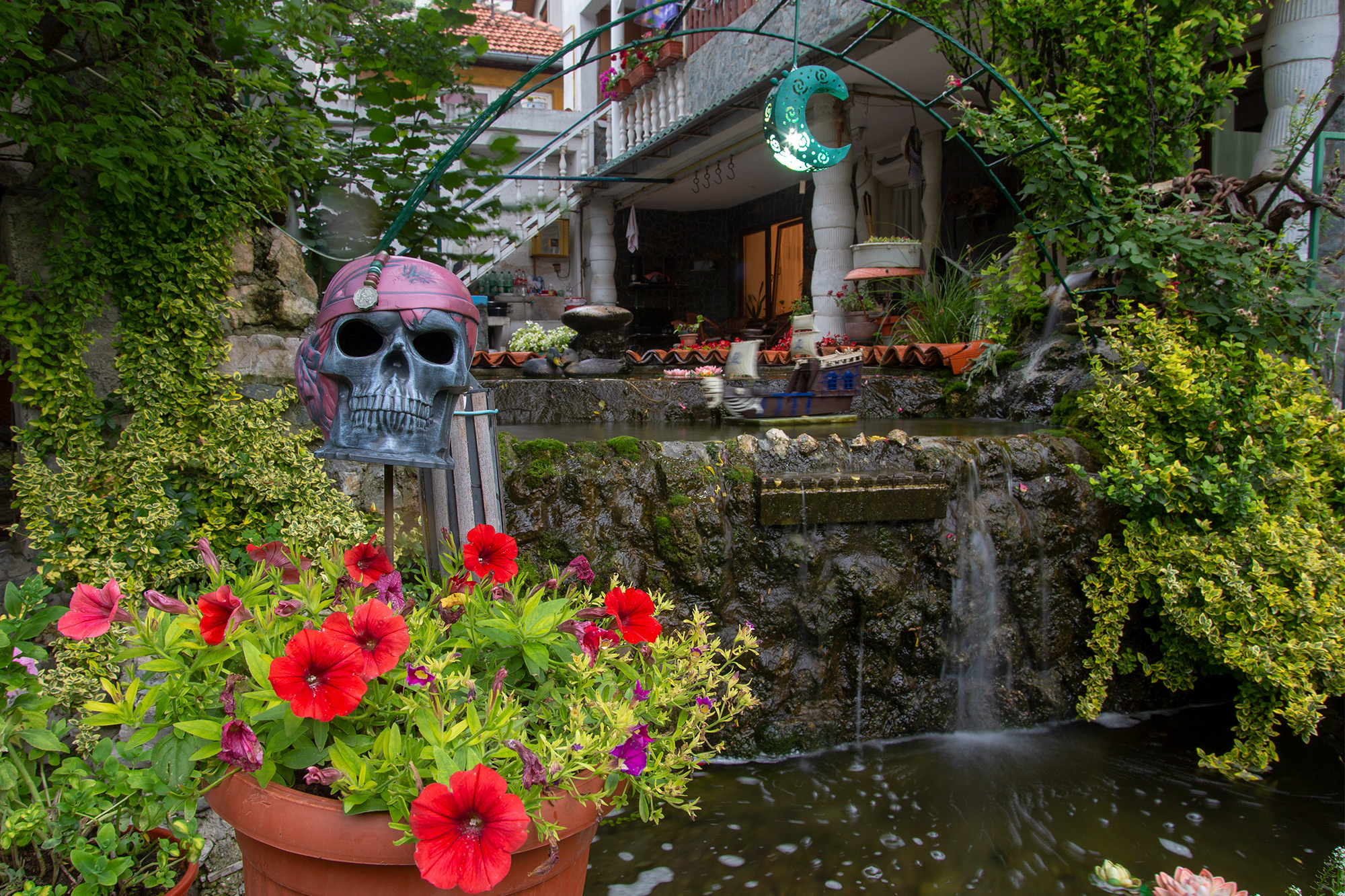 Each apartment consists of a bedroom, a living room, a private bathroom and kitchen. 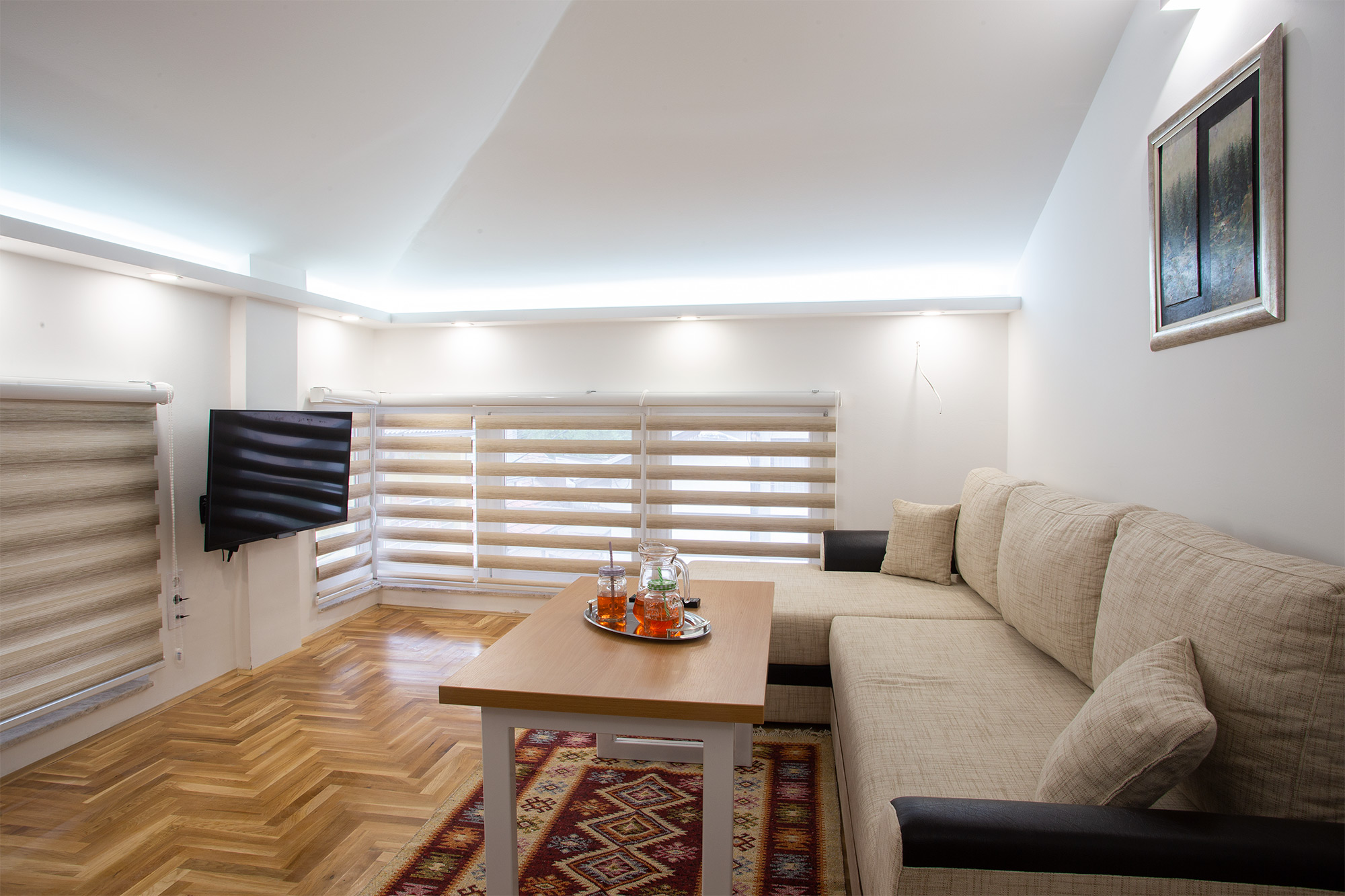 The bedroom is equipped with a medium-size double bed with anti-allergic aloe vera mattress, as well as a plasma TV. In the living room you will find a sofa, a table and an additional plasma TV. The bathroom is provided with a shower, as well as basic hygienic items such as shower gels, towels and hairdryers. Kitchens and dining rooms are fully equipped and ready to use. 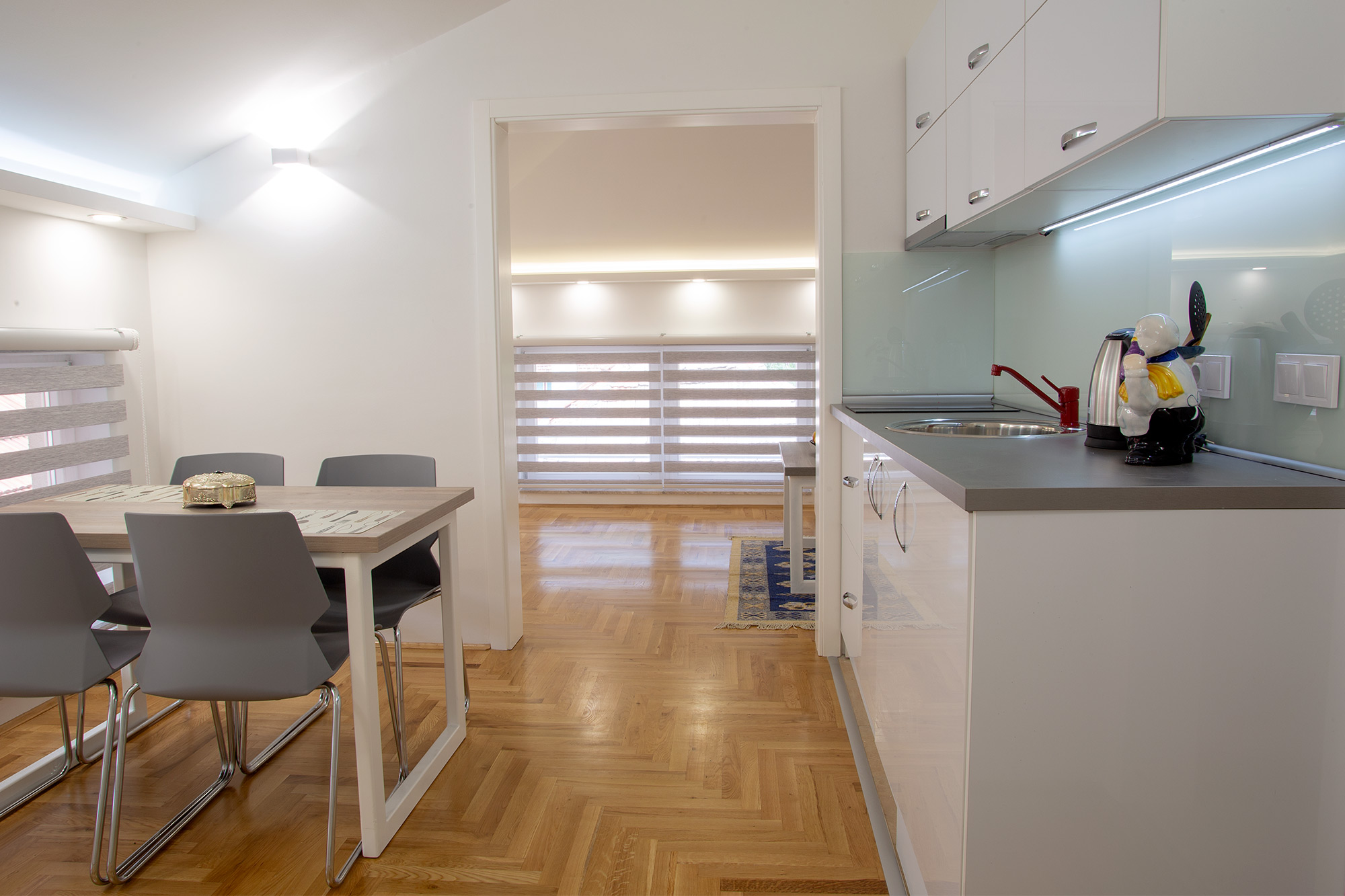 Each apartment has air conditioning and the entire building is provided with free Wi-Fi.